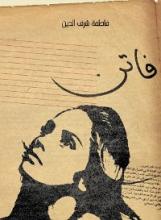 Faten, a fifteen-year-old girl, has to leave her native village of South Lebanon to go to Beirut and become the servant of the Zein family. No more studies, no more freedom ... But Faten dreams of becoming a nurse. She spends her free time studying in the greatest secrecy. Who would understand the need for a maid to study for the baccalaureate? The teenager has decided to take her fate in her own hands. Short, sharp sentences, a sustained rhythm, brief chapters, a stripped-down style, all contribute to make this book an example of a new development in books in Arabic for teenagers. The book was awarded the 2010 Beirut Book Fair Prize.

English
How to Be a Lion